Timothy Salter is active as a composer, 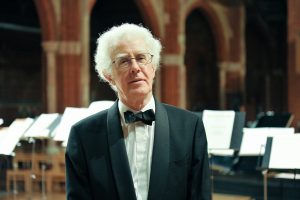 conductor and pianist. His compositions
include instrumental, chamber and orchestral music, choral music and songs.  He has received numerous publicly and privately funded commissions; his music has been recorded on various labels and performed and broadcast throughout the world. For many years he taught both composition and performance studies at the Royal College of Music, where he also conducted the Twentieth Century Ensemble in large orchestral and chamber works. As a pianist, he performs widely with instrumentalists and singers.